Proverbs 30:29 “Many daughters have done nobly, But you have risen over them all.”

Many of us women, aspire to be called a “Virtuous Woman” in our time. However, have we ever taken the time to look at what are the makings of a Virtuous Woman? As well as what are the makings of.  often called a foolish or strange woman? Me, myself I like to hear the bad news first, so we know what not to do, so let’s review some of the characteristics of a women we should not strive to be as!

“15 Drops that never cease on a very rainy day And a contentious woman are alike;

I love my rainy day’s but to have them never stop would definitely bring me down.

“repress her represses the wind“

We are not able to see the wind, yet we are able to see it’s affects in our surroundings.

It’s very hard to hide the smell of oil from other’s usually it always exposes itself.

But what exactly does Contentious mean? So I looked it up in the Hebrew.

So basically, from what I understood from the word Contentious, it is rooted in the word of needing to be judged or requiring the need to resolve an incident. Hence if you are Contentious you will continuously sow discord or quarrel, because of an unresolved matter. We all know to not sow discord amongst our people it is never a good thing.

Something to think about: Moses Sister Miriam.

after a little research you’ll end up that origin word of her name:

(marah) :  Which means to be bitter, contentious, rebellious, disobedient.

What were some of the characteristics that Miriam had that would make her name so fitting? One day I may touch on her in a later post we’ll see!

3 “For the lips of a strange woman drip honey, And her mouth is smoother than oil; 4 But in the end she is bitter as wormwood, Sharp as a two-edged sword. 5 Her feet go down to death, Her steps lay hold of the grave. 6 She does not consider the path of life; Her ways are unstable – you do not know it.”

A strange woman know’s just what to say, to make things go her way. However, someone who has no direction will surely stumble and become lost.

“A foolish woman is loud, Simple, and without knowledge.”

It speaks for itself.

“It is better to dwell in the wilderness, Than with a contentious and vexed woman.”

Did you notice a trend in the above scriptures?

I don’t know about you, but I know one of the things that usually would always get me in some form of trouble. Was my Mouth! Yes ladies, go ahead I’ll give you a second to admit it too…………. Okay? Now! Now when I see others do the same. I pray to myself that I wasn’t that bad I hope! A little nugget to leave and tudah (thank you) to the brother who showed me this a while back. 😉

Many attribute the biting of the apple 🍎 to the beginning of our fall. However was there something prior to this?

What did the creator YHUH tell Adam not to do?

“And יהוה Elohim commanded the man, saying, “Eat of every tree of the garden, but do not eat of the tree of the knowledge of good and evil, for in the day that you eat of it you shall certainly die.”

Tell me what was it that the woman did here?

Before the apple even got bitten! We added unto the word of YHUH! Go ahead look up and read it again!… and we know not to add unto the word nor diminish from it. (Precepts : Deuteronomy 6:2, Proverbs 27:6, Revelations 22:18-19 )

I pray these few scriptures have helped to understand some of the way’s of the Foolish or Strange woman. So that if we find these little characteristics creeping within us, we re-evaluate ourselves and discipline ourselves to do better, which will make us be better! We have to continuously walk in awareness of our actions physically and spiritually.

After I realized that my post where getting too long for even me to read ! I decided to break it down in various ones. This one will be my first.  Stay Tune for the Next One in identifying what type of women we may be!

Am I Righteous Woman? 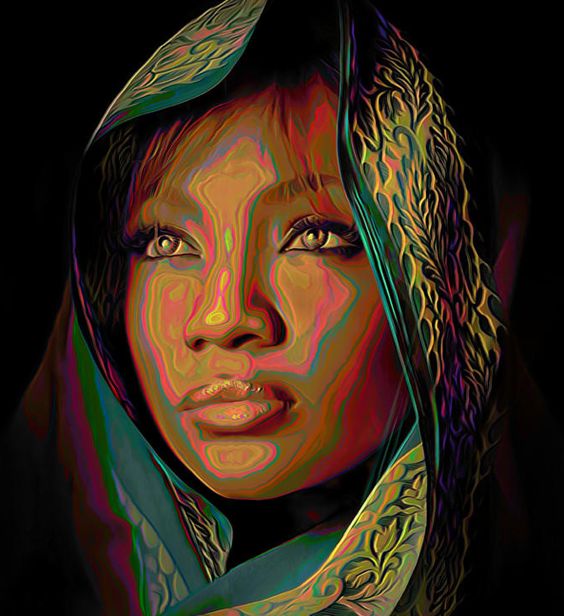